You’ve heard him your whole lives. Sheridon Stokes is one of Hollywood’s most famous talents, yet you might not recognize his face. But if you’ve seen any of these films (Mission Impossible, Titanic, Jaws, E.T., Ghost, Star Trek, Glory, Patriot Games, Sneakers, Scent of a Woman, The Hand That Rocks the Cradle, Waterworld, Jumanji, Independence Day, Spitfire Grill, Rush Hour II) you’ve heard Sheridon!

This evening is a culmination of his extraordinary talents in Hollywood film music, as well as a celebration of the versatile instrument of the flute, which Sheridon pioneered in the way the modern flute is played.

We will start the evening, premiering a few pieces from the German composer, Jürgen Kramlofsky, making his debut on the LA Stage. These three compositions were written specifically for the flute, with the statement from Sheridon “Make them challenging.” And that’s exactly what Kramlofsky has accomplished in these unique and beautiful scores.

As we move toward the Second Act, the melodies will sound more familiar, as they are a medley of Hollywood’s most iconic themes. This piece features the flute as a leading instrument throughout.

All of this will be lead by the international film and orchestral conductor, Angel Velez who has put together the Santa Monica Chamber Orchestra specifically for this performance.

We have a few surprises along the way, so please check back in with this website often and don’t forget to buy your tickets before they sell out!

ABOUT THE KEY ARTISTS 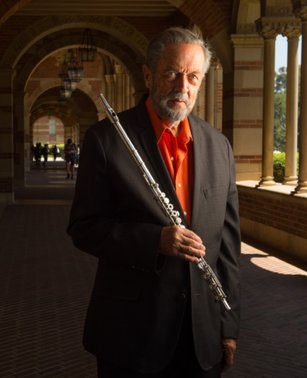 Born in Los Angeles, was hired as a piccolo player in the Denver Symphony when he was 16 years old and was the youngest contract musician in Hollywood at age 20, with the 20th Century Fox Orchestra under Alfred Newman. He studied at the University of Denver and was a scholarship student at USC majoring in composition. His primary flute teachers were Haaken Bergh and Arthur Gleghorn. He studied composition with Dr. Ernest Kanitz, Russelll Gracia, Haaken Bergh and Walter Kelsey (Schillinger system).

He appears frequently as soloist, master class technician, and lecturer. His publications are distributed world-wide, and include the “Illustrated Method for Flute” (endorsed by Jean-Pierre Rampal) with two five-star reviews from Amazon.com, and “Special Effects for Flute.” Stokes has premiered solo works by former Boston Pops conductor John Williams, and contemporary composers Henri Lazarof, Paul Chihara, and Russell Steinberg. He has been featured in many television and film scores, including the television series “Mission Impossible,” “Roots,” and “Kung Fu,” as well as the films “Jaws,” “E.T.,” “Ghost,”"Star Trek," “Glory,” “Patriot Games,” “Sneakers,” “Scent of a Woman,” “The Hand That Rocks the Cradle,” and more recently, “Mission Impossible,” “Waterworld,” “Jumanji,” “Independence Day,” “Spitfire Grill,” “Rush Hour II”, and “Bringing Down The House”. He was solo flute at the Academy Awards in 1997 and 1998 and played the famous penny whistle solo from the Titanic song “My Heart Will Go On” with Celine Dion and in 2008 was solo flute again for the Academy Awards. He has also performed recently in the Academy Awards, in 2015. In 2006, he performed with the Bill Mays Trio at Martha’s Vineyard and in 2007 he was soloist in La Mancha, Spain with the Murcia Chamber Orchestra.

Stokes received the MVP award in flute from the National Association of Recording Arts and Sciences in 1980, 1981, and 1982, and in 1983 received the Emeritus award. He has taught and performed at music festivals, including Curso Musical International de Invierno in Benidorm, Spain (1989-90), the Bud Shank Jazz Workshop in Port Townsend, Washington (1986-1988), and the Mozart Festival in Monterey, California. His compact disc releases include “Chamber Music” by Henri Lazarof (Laurel Records), “Quintet for Flute and Strings” by Leon Levitch (Bay Cities Records), “Willow, Willow” for bass flute and percussion by Paul Chihara (CRI Records), “Six Sonatas” for flute and harpsichord by Luigi Boccherini (Naxas/Orion Records), and “Torbellino — 10 Tangos for Flute and Guitar” by Christopher Caliendo (Efficaci Records).  He is also featured on recordings with Jascha Heifetz, Frank Sinatra, and the Carpenters.

Some of his compositions are “Bon Voyage” for alto flute and string bass (1996), “Robin Hood Fantasy” for solo bass flute (premiered with Ballet California, 1993), “Soulscapes” for flute and marimba (premiered at the National Flute Association Convention, 1997), and “Laissez le voler” for flute quartet (premiered at UCLA, 1997). His work, Irish In The Lowlands for contra bass flute, bass flutes, and Irish flutes was premiered at UCLA in 2008 and has been released on CD for Move Records.  He won the National Flute Association’s International Lifetime Achievement Award, which was presented to him at their annual convention in San Diego, in August, 2005. Also, as a flute professor, he has taught since he was 18 years old. His former students occupy positions all over the world as soloists, teachers and orchestral players.

Born and growing up in the South of Germany, and although not from a musical family, Jürgen began playing guitar at the age of 10 and immediatley started composing his first little pieces on this instrument. Just briefly after this he got exposed to the music of Ravel and Smetana for the first time and told to himself, 'something like this I want to be able to create later in my life'. Still the guitar stayed his major instrument. He is talented in many stringed instruments and a variety of guitar styles, from classical picking to rock guitar to banjo and mandolin.

Since then, he's been working as a composer on many Films in Germany like Kühe vom Nebel geschwängert written and directed by Rosa von Praunheim, or Die Westentaschenvenus written and directed by Kirsten Peters, or Mein Mann der Trinker by Bodo Fürneisen. Music for documetaries include many episodes of the very popular format "

Working as a sound designer he served many feature films like Ein todsicherer Plan or Sechs Tage Angst as well as series like the very popular Tatort for example. For the TV feature Waldlust directed by Axel Ranisch he served as musical director as well as the mixing and mastering engineer.

When he’s not doing that he’s an avid performer and has recorded a handful of albums featuring original music that's been played on the radio and showcased on live TV.

That still leaves time for composing full orchestra works, sometimes at the request of some of Hollywood's greatest film score musicians, as well as leading the big band All About Jazz for which he also writes and arranges.

Kramlofsky is not a friend of being put into a specific drawer when it comes to music styles. He likes to move freely from one side to the other, experimenting, combining all sorts of styles and instruments. Sometimes being traditional sometimes being adventures. Music is universal. 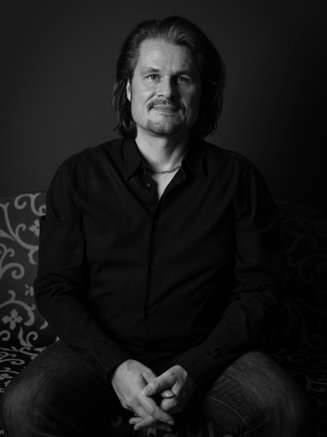 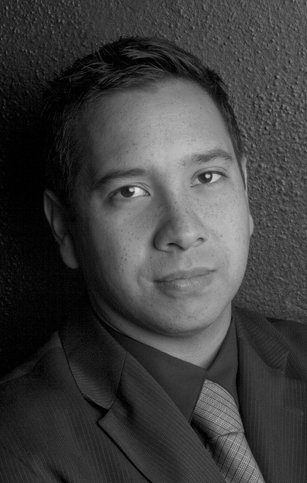 He served as conductor for the L.A.-based ensemble, Helix Collective in addition to serving as conductor for the Los Angeles Live Score Film Festival, American Society of Cinematographers Awards at the Dolby Theatre, Indianapolis Motor Speedway Centennial Gala and many others. He also serves as artistic director and conductor for Silent Films LIVE, a live-to-film concert series benefiting Education Through Music - Los Angeles, as well as conductor for the recent Silent Films LIVE album with the Varèse Sarabande Chamber Orchestra at Capitol Studios. He has recorded for the Südwestrundfunk (SWR) in Germany and Sony Classical labels. He continues to work professionally in the entertainment industry where he has worked on projects such as Family Guy, Green Book, James Bond: Goldeneye for Wii, Jane the Virgin, Madison, My Week with Marilyn, Star Wars: The Clone Wars, Star Wars Rebels, Tatort and others as well as recently conducting the world-premiere concert performance of the Marvel franchise hit movie, Captain Marvel.

A devoted advocate for education, Velez also runs the Los Angeles Film Conducting Intensive, a conducting workshop co-founded with composer/conductor David Newman.  These professional development workshops are designed specifically for media composers to provide conductor training under the tutelage of some of the industry's finest teachers.  Velez has taught these workshops with renown faculty members Jorge Mester, David Newman, Conrad Pope, William Ross and who's alumni consist of some of the most recognized works for film, television and video games in the world. Velez also maintains a strong relationship with the University of Southern California where he has worked with the USC Thornton Symphony Orchestra and Chamber Orchestra. He also be presented on the topic of Conducting to Picture at the Oxford Conducting Institute International Conducting Studies Conference 2019 at the Sydney Conservatorium of Music in Australia.

Velez serves as an Associates Board Member for Education Through Music-Los Angeles, Advisory Board Member for the Academy of Scoring Arts and music consultant for the Ventura County Arts Council. He is the recipient of the 2014 American Prize in Orchestral Conducting-Youth Orchestra Division and was a semi-finalist for the 2016 International Conductors' Competition-Augsburg in Germany. He studied extensively with conducting pedagogues Donald Thulean and Kenneth Kiesler, holds degrees from Butler University, Berklee College of Music and University of Southern California.  He lives in Southern California and enjoys learning about wine and surfs every chance he gets.

Come join Sheridon for a beautiful evening of music-making, celebrating his iconic career!